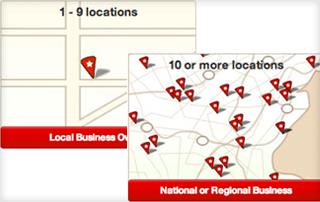 If you have a business on Yelp, chances are you’ve been contacted by one of their salesmen. They probably told you all about how there are thousands of people in your local area who are looking for your product/service and that you could have a major advantage over your competitors. We decided to take it upon ourselves to see just how good Yelp advertising is by investing our own money into it and seeing what results we’d get.

The process started with a web design company called Nashville Web Design. The name of the company alone gets it to the top of the Yelp results. That means that despite advertising it should be getting clicks (and it does). On top of that we managed to get 3 Yelp reviews for the business which would also help with getting people to convert to calls and customers. With all that in mind, we expected to receive some good response after signing up for Yelp advertising.

The first charge we received for Yelp advertising was in March, and it was around $150. After a month we didn’t receive a single call. We were then charged another $325 in April, but once again there wasn’t a single call or inquiry for Yelp. We checked to make sure our online forms were working, and they were working just fine.

After spending about $475 in advertising with no results we decided to pull the plug on the whole thing because it really didn’t seem like it was going anywhere. Unfortunately we had to spend over an hour on the phone with Yelp to get their agreement to let us cancel. It’s not even that you’re not allowed to cancel, but rather that they’re account representatives work very hard to try to persuade you to not cancel.

The excuses that they made for not receiving any kind of benefit from advertising included “you’re leaving too early and you need to do it for at least three months to see any results” as well as “Well you are getting results because people are clicking your ads.” We had to let them know that from the standpoint of a business owner, paying money for advertising clicks doesn’t generate income. Phone calls and interviews with potential clients is what generates income, and Yelp advertising isn’t helping with that. We also let them know that nobody on the sales team ever said that it would take 3 months or more to see any kind of results. In fact, they made it sound like the phone would be ringing all day!

Needless to say, we’re leaving a poor Yelp advertising review. However it doesn’t even stop there. We got their agreement to let us cancel, but they require 30 days advance notice, so we had one more month of advertising ahead of us. We paid another $325, thus bringing our total to over $700. We also were going to be charged another $325 cancellation fee at the end of the month.

Well it’s the end of the month now (this is being written on May 31st). We were charged $325, just as we expected, however we received a call from Yelp stating that we would have two more charges… Wait… What??? That’s right, Yelp called to let us know that there were two more charges coming up that we had no idea about. The grand total spend for our Yelp advertising experience is over $1,000 and not a single call came from it, or even a form filled out on our website.

So obviously the above story could make anybody cranky. I mean, who wants to give a company $1,000 and get nothing in return? It was definitely a lesson learned. But what are other people saying about Yelp? We took a look at the Better Business Bureau to find out how past customers like Yelp and to find out more about their Yelp advertising reviews. Take a look at the image below. 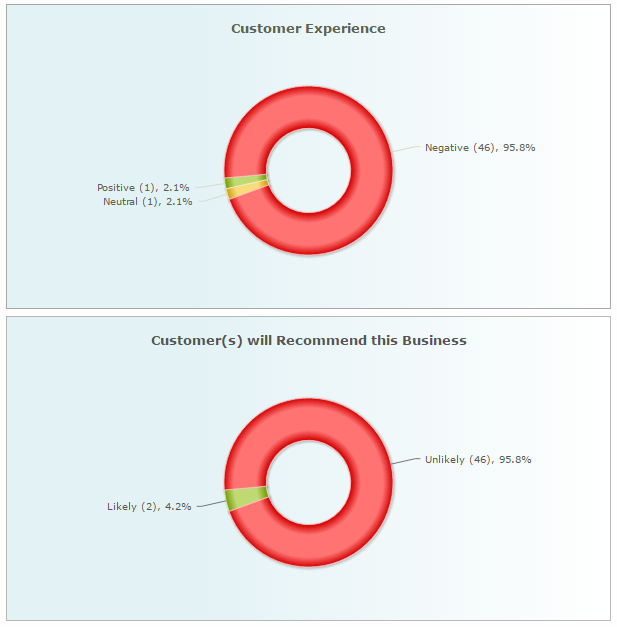 Blackmail is blackmail, and we will not do any advertising or add any money to their parade. We see this as giving a reward to bad behavior. We will not play their game. Something should be done about them. Can anyone help us?

I will not let them profit any further from my business advertising as their business practice is very unethical. Please do not do business with yelp, if you have a better alternative. I’m sure other businesses have experienced a similar situation with yelp as they offer terrible customer service and their entire business operation is “automated”.

If we have to get our lawyer involved further, we will. People need to know what a scam this company is and we have no problem being the company that takes this public to help protect other small businesses from being ripped off.

But even after that, are you still not sure about whether or not to advertise with Yelp? Let’s take a look at a few more facts regarding advertising and marketing. We’ll take a moment to discuss the benefits of some forms of marketing that Yelp is lacking.

Just as a note on point number 4, when we did our Yelp ad campaign our ads were showing up for search phrases that were unrelated to what we did. Can you imagine being a painting contractor and getting people calling you about fixing your roof?

So what about positive Yelp reviews? As you may have noticed in the image above, there are positive Yelp advertising reviews on the BBB. To be fair, we’ll show you those reviews as well, and here they are:

You’ll notice in the above review that it appears to have absolutely nothing to do with Yelp or Yelp advertising. In fact, it seems that the person who left the review must have been very confused at the time. In the bottom right corner of the review, you’ll also notice that 3 people didn’t find that review helpful.

It isn’t fair to say that nobody has ever had fortune with Yelp. In fact, we’re sure that there are people who are doing great with Yelp advertising. We took it upon ourselves to give our own review of Yelp’s advertising and this is what came up. We dealt with poor customer service, pushy salespeople and no return on investment. We also went out to an authoritative organization (the Better Business Bureau) to see what people are saying there, and it would seem that most people aren’t happy with their Yelp experience. In fact, we haven’t found a positive review yet!

If you’ve experience Yelp advertising, please let us know about it! We’re open to hearing about positive or negative feedback! If you’re looking for online marketing services, be sure and reach out to use and let us know about your project! 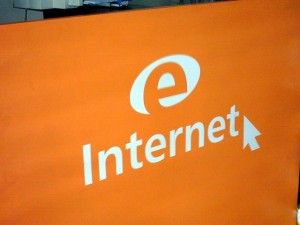 At Zing Marketing we often hear about different services that businesses are using to get clients. We hear about the best of them and the worst of them. We’ve had plumbers tell us about investing thousands of dollars that didn’t generate any income, and we’ve had contractors tell us the services that are generating leads at very little cost.

So we’ve decided to publish a post about some of the best services online that are available to contractors! Here are the services we hear about most often (in no particular order):

Porch has received the best reviews of all of our clients. Roofers, plumbers, landscapers and others have all agreed that they get good quality leads through Porch.com for the price that they pay. We have not yet heard a negative review about Porch from the contractors that we work with. However, it should be noted that just as with any service that generates leads, not all leads convert to customers. The reports we receive from our clients say that they’re making a great profit off of Porch, and that they’re very happy with the service.

Next up on the list is Google AdWords, and AdWords Express. The trouble with naming this service is that it’s only worked out for the guys who know how to use it. We have clients who avoid AdWords like the plague because they’ve spent thousands with no return. Those clients admit that they didn’t fully know how to use AdWords. Meanwhile we also have clients who use AdWords as their only way of marketing!

So in short, if you know how to use AdWords, or if you’re willing to pay a company to do it for you, this can be extremely profitable for you.

Third on our list is Thumbtack. We’ve heard mixed reviews with these guys. For the most part our contractors are making money with Thumbtack, but 50% of them are complaining about having to charge low rates when using this service. If you’re a one-man show, Thumbtack can be a great service to use. For businesses that have a few staff, or even for larger companies, we wouldn’t recommend using this service.

So far we haven’t had any clients tell us that they’ve been making money with Yelp. For those of the businesses that we’ve worked with that have paid Yelp, they said they either broke even or lost a little, but that the experience wasn’t really bad. We just haven’t heard any raving reviews about using this service to build a business.

Although Yext pays SEO companies pretty well for promoting their service, we have not seen that Yext is getting contractors a return on their investment. Yext is a service that places your business on several online directories throughout the web, but it comes with a high price tag in comparison to other similar service.

Yext isn’t a bad service, it’s just not the best service that we’ve seen of its kind. Our clients haven’t been raving about it, but we also don’t hear many complaints. Your money is probably better spent elsewhere.

The last on our list is HomeAdvisor. Unfortunately we haven’t met a contractor that has had good things to say about this company. That isn’t to say they’re horrible and nobody should use them. We’re just saying that the reviews we’ve received have primarily been that contractors are spending thousands of dollars and getting calls from people who hang up right away, people who don’t really need work done, or just not getting calls at all.

So if you were to ask us what the best investment for a contractor would be, we’d probably first tell you to work with Zing Marketing. But if you aren’t quite ready for something like that, our survey shows that Porch and AdWords are a couple of the best places you could invest your money.